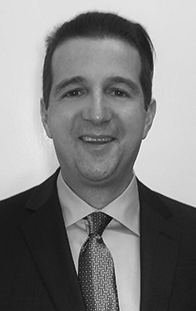 Jason D. Meyers brings over two decades of legal expertise to U.S. Law Group’s clients in entertainment and intellectual property law, with an emphasis on music, licensing and production legal.

From 2003 through 2008, Jason established and ran the Business & Legal Affairs departments and served as General Counsel for two major Japanese media conglomerates: Geneon (Pioneer) Entertainment (USA) Inc., a subsidiary of Dentsu, Inc., and Toei Animation Inc., a subsidiary of the renowned Toei Animation Co., Ltd. Prior to that, Jason began his law career as an associate with Law Offices of Jonathan Stein, a full-service firm in Santa Monica handling both transactional and litigation matters, with an emphasis on entertainment and gaming.

Through his private practice, Jason has served as counsel for over twenty-five film, television and multimedia projects, in addition to other varied products and entrepreneurial ventures. In connection with these projects, he expertly negotiated, drafted, analyzed, serviced and advised on every agreement from development through distribution. Jason’s resourcefulness, superior attention to detail and penchant for dissecting the economic, logistical and legal implications behind every transaction have invariably yielded favorable results for clients. His clients include content producers, distributors, merchandising companies, actors, authors, artists, musicians and other individuals and entities both on the creative and management ends.

In addition to maintaining a private practice, Jason has performed long-term consulting assignments with Universal Television, Universal Pictures, MGM, Paramount Pictures and PolyGram Filmed Entertainment/Epic Productions. Through these assignments, Jason became intimately familiar with the inner workings of the major U.S. film studios and the manner in which deals are made and products are exploited.

Jason is an active member of the State Bar of California, the Academy of Television Arts and Sciences, and several local bar associations. Jason also served on the Executive Committee of the Los Angeles County Bar Association’s Intellectual Property and Entertainment Law Section.